Deep Learning vs. Wise Learning: A Critical and Challenging Overview

Deep Learning vs. Wise Learning: A Critical and Challenging Overview 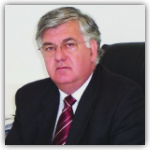 Professor and Director of the Laboratory for Automation and Robotics
Department of Electrical and Computer Engineering
University of Patras, Greece
groumpos@ece.upatras.gr

Learning is the most important thing that living creatures do. As far as any living creature is concerned, any action that does not involve learning is pretty much a waste of time. This is especially so for a human one. An organism cannot properly animate itself without first learning how to. Humans, before they can satisfy their own needs, first have to learn how to do it.

DEep LEarning (DE.LE) is a new branch of machine learning based on a set of algorithms that attempt to model high-level abstractions in data by using multiple processing layers, with complex structures or otherwise, composed of multiple non-linear transformations. Research in this area attempts to make better representations and create models to learn these representations from large-scale unlabeled data. Some of the representations are inspired by advances in neuroscience and are loosely based on interpretation of information processing and communication patterns in a nervous system, such as neural coding which attempts to define a relationship between various stimuli and associated neuronal responses in the brain.

In this keynote paper DL is extensively reviewed. Various deep learning architectures such as deep neural networks, convolutional deep neural networks, deep belief networks, recurrent neural networks among other ones are reviewed. The way that different DL algorithms have been applied to a number of fields like computer vision, automatic speech recognition, natural language processing, audio recognition, expert systems and bioinformatics where they have been shown to produce state-of-the-art results on various tasks are presented and analyzed. Specific examples are presented.

Professor P. Groumpos received his Ph.D. from the University of Buffalo of SUNY, in 1978, Department of Electrical Engineering and has been engaged in teaching, research and collaboration with industry since then both in USA (1979-1989) and in Greece since his return from USA to the University of Patras in 1990. He is full professor at the Dept. of EE&CS of the University of Patras. In USA he developed and directed an Energy Research Center at Cleveland State University (1981-1989) while in Greece he developed the Laboratory for Automation and Robotics (LAR) in 1991 and he is its Director since then. His research interests are in the areas of modeling complex dynamic systems, energy, environment, renewable energy sources, Robotics, Fuzzy Cognitive maps (FCM), techno and economics for intelligent buildings and smart grids, optimization of electric power systems and Intelligent Control. He has used extensively Fuzzy Cognitive Maps (FCMs) in many scientific fields with very useful research results such as in: health, energy, environment, communications, agriculture, transportation, Business and Economics Hybrid Energy Systems and reliability analysis of engineering systems.

He is the author of more than 300 scientific publications (Books, invited book chapters, articles, papers, monographs and technical reports). He was the President of Patras Science Park (2004-2010). He has been as principal Investigator in more than 20 Projects as well as partner in another 40 projects.
He is an Invited Academician honorary member of the Russian Council on Mechatronics and Robotics since 2002 and Guest honorary Professor of the East China University of Science and Technology since 2013. He has been the Greek National representative to a number of EU Program Management committees (Esprit, ICT, IMS, and INCO). Professor Groumpos has given more than 15 Plenary and/or Keynote Presentations in International Conferences the last 10 years.