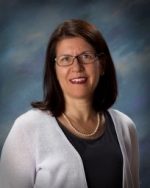 “Homo Fabiens” is the fusion of the two distinct, inequivalent and yet converging notions: Homo Sapiens and Homo Faber.  This is the era of their convergence, an era that integrates technology with the humanities, scientific thinking with literature, gadgetry with art, and infrastructure with economic and social thinking. During the last couple decades, the end of the Cold War and the massive relocation of manufacturing and to a lesser but significant degree engineering design in emerging markets has led to a precipitous decline in demand for engineering positions in the developed world as well as reduced interest for Engineering Education amongst the young.  Grand challenges in energy, environmental conditions, inclusive development, sustainable economies, will require, according to some estimates, 3/4ths of the workforce of the 21st Century to have post-secondary education especially in the Science Technology Engineering and Mathematics (STEM) fields.  Their solution calls for the full participation of engineering talent eminently educated in state of the art pedagogy and intelligent systems.

Prof. Evangelou has research and policy experience relevant to the advancement of technological and scientific literacy.  She has been an education advisor to several international organizations and foundations including the Van Leer Foundation (Netherlands), the Comenius Foundation (Ministry of Education, Poland) and the National Science Foundation (USA). In 2013 she has served as Advisor and Chief of Staff in the Ministry of Infrastructure, Transport and Networks of Greece. She is currently on the faculty of Democritus University and serves as an Advisor and Chief of Staff in the Greek Ministry of Rural Development and Food. Professor Evangelou is credited with introducing the concept of Developmental Engineering, a new area of research and education that explores engineering and human development. In 2011 she was awarded by President Obama the Presidential Early Career Award for Scientists and Engineers (PECASE) which is the “the highest honor bestowed by the US Government on Science and Engineering professionals in the early stages of their independent research career.” The award citation read “for outstanding research into how early experiences can lead children to pursue engineering later in life and for working with teachers from diverse schools to develop new teaching materials and methods that can help students become innovative and more technologically literate.”

Prof. Evangelou is actively involved in research including, but not limited to, early childhood antecedents of engineering thinking, developmental factors in engineering pedagogy, technological literacy and human-artefact interactions.  The research is cross-disciplinary involving active collaborations with colleagues from Education, Psychology and Engineering. Prof. Evangelou has served on the faculty of Purdue University, Aristotle University and the University of Thessaly. She holds a PhD from the University of Illinois at Champaign-Urbana and is a member of several scientific and professional societies, including the Sigma Xi Science Honor Society.  In 2009 she was awarded the prestigious NSF CAREER Award.